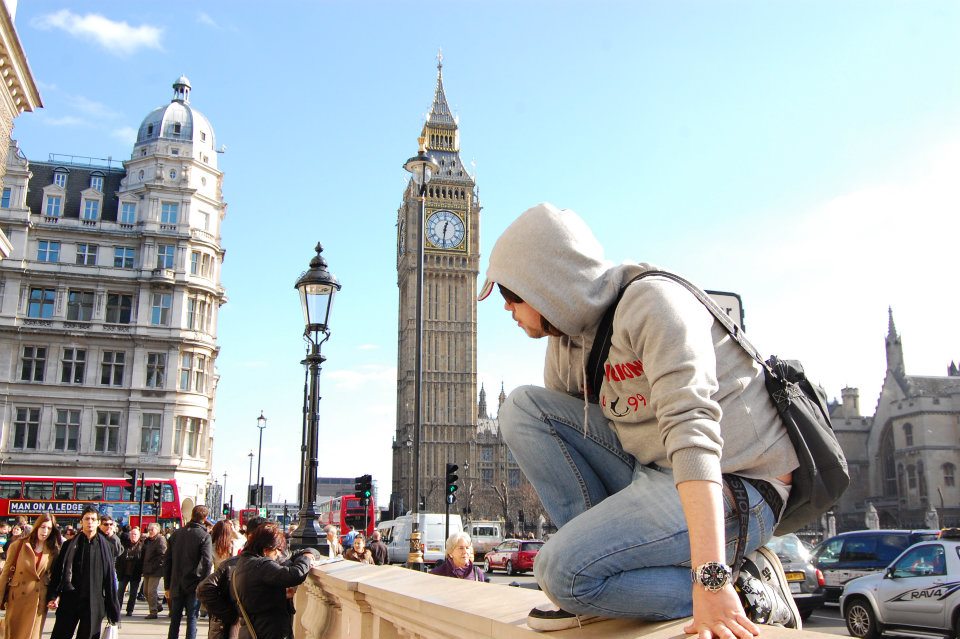 Our Master Assassin 2012 is Jon from Glasgow.

Jon’s photograph is truly epic – it’s got an instantly recognisable landmark, a bus-related joke and a fantastic hoodie of course! Jon gets the title ‘Master Assassin 2012’ and a whole year of tees for his efforts – starting with the SoulCalibur V themed ‘Cervantes de Leon’ and including our recently announced official Devil May Cry and Resident Evil designs too!

We must also give a special mention to Michael from Edgewater Park, who got the highest amount of votes overall, but *after* our revised deadline. To reward his amazing effort and congratulate him for a job well done, we’re proud to confirm him as an additional winner and he will receive an awesome surprise bonus prize – three tees of his choice!

Congrats and thanks to everyone for taking pictures and taking part – you’ve been a fantastic (and lively!) community as always!